Fuel receipts should display all taxes in detail, with the Tory Administration having “a clear obligation to be open with UK drivers regarding taxes”, according to an MP. 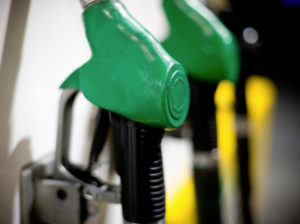 Fuel duty currently raises more than £27bn for the Treasury while the total tax burden on the motorist is closer to £35bn.

Mr Aldous said: “As a Conservative Politician, I am an inveterate supporter of a low tax economy. Yet, UK governments of all persuasions have for decades presided over one of the most punitive and highly regressive taxes in the world by stealth: fuel duty! It’s time to be open and honest with our constituents to show how much drivers hugely contribute to public services and our economy. This is morally right.”

The initiative has cross-party support and is also welcomed by organisations including the FairFuelUK Campaign, the RAC, the Tax Payers Alliance, the Freight Transport Association, the Road Haulage Association and the Association of Pallet Networks.

According to the RAC, of the current 120p paid for a litre of unleaded, 57.95p goes to fuel duty and 20p is VAT, making the cost of the fuel itself, including oil company costs and retailer margin, just 42p. This means the total tax take per fill-up stands at 65%. However, when fuel prices were lower this time last year, the proportion paid in taxation was even greater at around 75%.

RAC fuel spokesman Simon Williams said: “Motorists know how much Vehicle Excise Duty they have to pay to keep their vehicle on the road so it seems ridiculous they have no idea how much duty they are paying to the Treasury when they fill their vehicles with fuel. This Bill really shouldn’t be controversial, it is just a long overdue form of transparency that everyone who drives a vehicle ought to be entitled to see.

“We would hope that MPs from all sides of the House will show their support by allowing this Bill to progress and that the Government takes notice of just how popular this measure would be with motorists.”

This week will also see FairFuelUK launch a new PumpWatch app showing how much VAT, fuel duty and VAT on the duty itself drivers are paying each time fill up. The app will also show how much drivers would pay for their same number of litres purchased in 23 other countries worldwide and will display current profit levels made by the fuel supply chain. Details of how to get the app will be available later this week at https://www.fairfueluk.com

Previous: AM Services Group signs up TCH Leasing
Next: Growing number of VW owners sign up to group action lawsuit