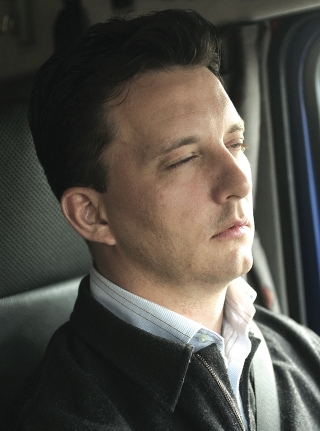 Under the current system, service station operators such as Moto, Roadchef and Welcome Break have a two-hour free parking limit, which according to the Institute of Advanced Motorists (IAM) has been set up by the Government and is leading to extortionate fines for drivers who stop for more than two hours to avoid falling asleep at the wheel, with many drivers having been caught out this way.

Last year saw the Highways Agency announced that it wants penalised drivers to be able to pay for extra time, instead of incurring fines of up to £100.

Now Monmouth MP David Davies and the IAM are calling on the Government to change its policy on the two-hour free parking limit.

Davies, who previously worked in the haulage industry as a continental lorry driver, wants longer hours set before parking charges apply. He argues that drivers should be allowed to rest properly instead of opting to go back on the road to avoid having to pay hefty fees.

‘Charging large amounts of money to park could be increasing the risk of accidents caused by driver fatigue,’ said Davies.

‘This is profiteering plain and simple. There is no justification whatsoever for making a charge. It is bad enough that motorists pay over the odds to buy a coffee or snack at a service station without the worry of paying vast charges for taking forty winks.

‘Limiting parking time at motorway service stations is clearly contrary to the main reason for their existence – to provide rest stops.’

The IAM added that whilst the Government encourages drivers to take regular breaks as part of its key objectives on motorway service areas, the IAM would like the campaign to receive financial backing. The issue forms a key part of the charity’s manifesto.

DVSA data suggests one-fifth of accidents on motorways and other monotonous types of roads may be caused by drivers falling asleep at the wheel.