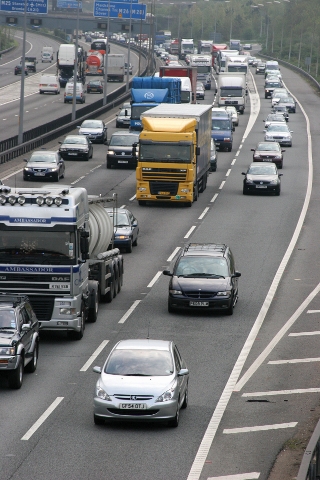 The Accident Exchange figures indicate that nearly 1,100 crashes involving foreign lorries took place on the UK’s motorway network in 2014; an increase of 14.3% since 2012. Across all road types, estimates put the number of foreign lorry incidents at 3,100 – or nearly nine per day.

Lorries from Poland and Germany were found to be the most accident-prone by some margin; Polish lorries represented 15.7% of accidents, while German vehicles followed with 13.1% of lorry collisions. HGVs from Spain were involved in 6.1% of incidents.

Unsurprisingly perhaps, the M25 saw more foreign lorry accidents than any other road in the UK, followed by the M6 and the M1. City and town centre locations represented over a third of accidents.

The figures also show that one in three collisions involving foreign lorries are on the motorway – usually considered the safest roads to travel on by car, motorways are home to a third of all foreign lorry accidents. Typically, just 4.3% of accidents take place on motorways.

Liz Fisher, director of sales development at Accident Exchange, said: “This worrying statistic shows that a collision with a foreign lorry is an increasingly real possibility.

“A heavy goods vehicle in unfamiliar territory can be a danger. Common types of accidents that might involve trucks are cars getting caught in the blind spot of a lorry that is changing lanes or cars being rear-ended by a much bigger, heavier vehicle. Both are equally as dangerous and we urge all motorists to drive with safety and vigilance in mind at all times.

“While safety is the paramount concern, getting involved in an accident with a vehicle from abroad can also lead to frustrating and difficult administrative complications.”

Previous: Halfords Autocentres to run special offer at Silverstone Fleet Show
Next: Fleets urged not to rely on mpg figures