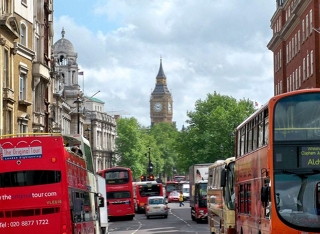 The organisation says that camera enforcement of bus lanes appears to be overtaking parking tickets as the major cause of complaint from drivers of alleged entrapment, with complaints from Glasgow, Leeds, Manchester, Cardiff, Bristol and London seem to top the list.

The number one complaint appears to be drivers wishing to turn left who often inadvertently merge left into the bus lane early for safety reasons and are then caught on camera in the bus lane before they are allowed to be. These complainants often cite faded road markings and poor signage.

The AA has also received complaints from drivers pulling over into bus lanes to allow emergency vehicles to pass receiving tickets.

Some 554,773 fines are generated outside London and 242,541 within the Capital per year, with the money, unlike with speeding fines, going to the local authorities.

The AA added its view that when an individual camera is raking in millions of pounds per year there must be something wrong with the signing, the road layout or the junction engineering. It is believed that one junction in Glasgow has raised more than £3m while another junction in Lambeth, London appears to be the top money-spinner in the UK. It is estimated that this bus lane on Clapham Park Road has generated over £6m in fines over the last few years and has been highlighted in complaints from AA members.

Edmund King, AA president, said: “Whilst we support the use of bus lanes in the right places, functioning at the right times, we are totally opposed to ‘entrapment’ cameras on poorly designed or poorly signed bus lane junctions. If thousands of drivers are getting tickets at the same junction then something is wrong and that junction/bus lane should be reviewed.

“We fear that too many local highway authorities have become addicted to the lucrative income from these rat traps. We believe that central government should intervene and investigate when fines from an individual bus lane exceed 10,000. We also encourage drivers to appeal tickets if they believe the junction is not adequately signed.”