Motorist racks up 40 penalty points without ever having a licence 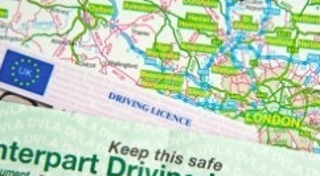 The information was uncovered by the Institute of Advanced Motorists (IAM) after it submitted a Freedom of Information request to the DVLA for the top 20 highest points holders.

The request also shows two other offenders with no licence.

The second highest penalty points holder without a licence is a male offender from the Stockport area, with 33 penalty points for seven offences – including caught for speeding in a 30mph zone and repeatedly failing to disclose information as to the identity of the driver.

And the third highest penalty points holder driving without a licence is a man from Leeds with 28 penalty points for five offences including driving uninsured against third party risks and driving otherwise than in accordance with a licence.

IAM chief executive Sarah Sillars said: “It’s been three years since the IAM raised this issue with the DVLA, but we still have drivers on the road with multiple points allocated to them. Now we discover that some of them have never held any kind of driving licence. We all have to share the road with these unqualified, uninsured and dangerous drivers.

“We need to punish offenders as well as give them the opportunity to change their ways. Offenders are unlikely to drive legally if they face a ban or points on their licence as soon as they pass their test.”

England and Wales’ highest points holder continues to be a man from Liverpool who holds 45 penalty points on a full driving licence. He collected six penalty points on three separate occasions for speeding in a 30mph zone. And another six points on five other occasions because he failed to provide information about the identity of the driver – he carries the same number points today as he did in 2014.

Other notable offenders include a female from Blackburn with 38 penalty points, the third highest points total on record.  She has been caught breaking the speed limit in a 30mph zone on 10 different occasions.

Wales’ highest penalty points holder is a man with 36 points for driving without insurance six times.