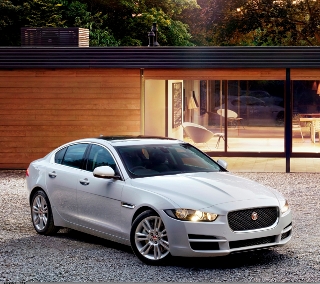 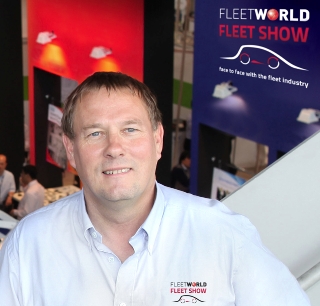 This year’s Show on May 12th, which is being sponsored by Barclaycard Fuel + in association with TMC, will see a number of UK debuts in an impressive line-up of new models from the 25 vehicle manufacturers attending the event, with more than 220 models available for driving.

Fleet decision-makers will have a choice of three separate circuits of the world-famous Silverstone Grand Prix track on which to evaluate them, plus off-road driving on the 4×4 course.

Amongst the stars of the Show seem certain to be the latest offerings from a resurgent Jaguar Land Rover Group which has earmarked the Fleet Show to unveil its very latest new models.

These include the new Jaguar XE sports saloon, which the maker is aiming squarely at the German brands that currently dominate the compact executive sector of the fleet market.

With its aluminium-rich architecture and all-new infotainment technology, Jaguar is billing the XE as ‘the most advanced, efficient and refined sports saloon we’ve ever produced’ and fleet managers will be able to see for themselves if Jaguar has pulled it off.

The new 2.0-litre diesel, in both 163 and 180PS formats and including the R-Sport trim, will be available for driving at Silverstone.

Stable-mate Land Rover, meanwhile, will have the new Land Rover Discovery Sport 2.2d in HSE Lux and HSE versions available for test driving at Silverstone. The luxurious compact SUV boasts a versatile seven-seat layout and is taking on key rivals such as the BMW X3 and Audi Q5.

Jaguar Land Rover will also have models available from the remainder of its latest line-up including the Jaguar F-Type in Coupe and Convertible guises, the XJ luxury saloon with the 3.0-litre diesel and 5.0-litre supercharged petrol engines and all three Range Rover models including the long wheelbase flagship.

Rival BMW, meanwhile, will have the latest addition to its One Series model range at the Show in the shape of the 116d Efficient Dynamics with its new three-cylinder diesel engine which emits just 89g/km of CO2 and returns a highly impressive 83.1mpg.

Ideal for today’s tax-conscious fleet buyer, the new model will be the star amongst a BMW and MINI line-up which boasts the very latest models including several samples of the eye-catching BMW 4 Series.

Fleet market leader Ford will be previewing the all-new Mondeo, including the petrol hybrid, at the Fleet Show, along with the country’s top-selling Fiesta, the Kuga SUV and the Focus ST with its first ever diesel engine.

And rival Vauxhall will be giving fleet visitors the chance to evaluate the newly-launched Corsa supermini, complete with its tax-beating 1.0 ECOTEC turbo petrol engine, plus the 98g/km flagship Insignia, the Mokka SUV and the Cascada coupe.

Amongst brand new models on show at Silverstone are Kia’s all-new Sorrento, which has just launched in the UK; it will be joined by the Soul electric vehicle and the Sportage crossover. At the same time, fleet buyers will have the chance to experience some hot laps alongside a professional driver in the Cee’d GT.

Hyundai will be giving a Fleet Show bow, meanwhile, to the new i20 and the facelifted i30, while Mazda will be premiering the new Mazda2, along with current year upgrades for the Mazda6 and the CX-5.

Amongst new cars making their debuts at Silverstone as static displays are the latest generation of the iconic Peugeot 208 supermini, while Swedish manufacturer, Volvo, will be giving fleet buyers their first glimpse of the XC90 luxury SUV.

Jerry Ramsdale, Fleet Show director and publisher of Fleet World, said: “We are thrilled with the number of new models that will be at Silverstone next week for fleet decision-makers to get to grips with.

“We have more new models available for evaluation than ever before and are sure that fleet managers will want to take up this gilt-edged opportunity to get up close and personal to some of the newest metal to hit this year’s fleet market.”

However, this year’s record-breaking Fleet Show is not just about test-driving and again provides a wide variety of activities of real fleet interest.

These include the highly successful interactive fleet training sessions first introduced last year, run by practising fleet managers and ideal for anyone wanting to find out something new in fleet management.

Three sessions, considering the fundamentals of fleet management, fleet procurement, and environmental and risk management, will begin at 10.30am and are chaired by Dennis Dugen, Car Fleet and Employee Benefits Manager for professional consultancy, WSP UK, one of last year’s highly-rated presenters.

This area will also provide Show visitors with the chance to hold face-to-face meetings and network with exhibitors and other visitors alike.

Jerry Ramsdale added: “As ever with the Fleet Show, it has been our intention to provide an educational event that comprises fleet training, an exhibition, networking and test-driving. We believe this balance of activities provides something for everyone and justifies spending a whole day out of the office.”