Following the UK Government’s updated advice on driving in the EU post Brexit, Michael Brooks, legal director at Corclaim takes a look at the insurance side of the matter in case of a road traffic accident (RTA) in an EU or EEA country. 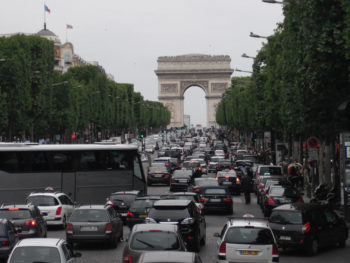 Currently, the Motor Insurance Directive 2009/103/EC gives EU citizens the right to bring a claim in their home country if they are injured or suffer losses in an RTA within a Member State of the EU.

In the event of a no deal Brexit, the Motor Vehicles (Compulsory Insurance) (Amendment etc.) (EU Exit) Regulations 2019 will come into force and address the gaps in compulsory motor insurance that will appear if the UK leaves the EU with no deal.

The Motor Insurers Bureau (MIB) currently act as a Compensation Body for UK residents who are injured or suffer loss in an RTA within a country which is part of the European Economic Area (EEA). A Compensation Body can assist victims of an RTA that happens abroad if the foreign insurer or their representative has not responded to a claim within a reasonable amount of time. The relevant Compensation Body can also assist where the responsible driver is uninsured or untraced.

For example, if a UK resident is involved in an RTA in an EEA country, the MIB can assist with identifying the relevant claims representative of the foreign insurer and the claim against the foreign driver or foreign insurer can be brought in the UK.

In the event of a no deal Brexit, a UK resident who is involved in an RTA in an EEA country will be forced to bring their claim in the country where the incident occurred. This will involve bringing the claim in accordance with the law and in the language of that country.

If a UK resident is involved in an RTA with an uninsured or untraced driver in an EEA country after a no deal Brexit, they may not be able to make a claim for injury or other losses at all. This is because not all EEA countries have an equivalent of the MIB to pay compensation.

The Government’s guidance if the UK leaves the EU with no deal confirms that fleet operators will be required to obtain a Green Card from their insurers for each individual vehicle they plan to operate within the EEA. Some countries also require separate trailer insurance to that of the towing vehicle and so a separate Green Card will be required for those trailers.

The Green Card is an internationally accepted document which proves that the minimum compulsory insurance cover is in place on a vehicle. It allows the free movement of vehicles across international borders and ensures that victims of accidents involving foreign registered vehicles are not disadvantaged. The Green Card system has not been developed significantly since the 1970s, fleet operators should be including the issue of obtaining Green Cards in their no deal Brexit preparations.

The process of obtaining green Cards for each individual vehicle may take longer than some might think given that the documents still have to be physically issued on green paper and cannot be delivered electronically.

With the prospect of a no deal Brexit becoming a reality, there are significant changes ahead not only in respect of compulsory motor insurance and the prospect of having to pursue a claim in a foreign jurisdiction and foreign language but also in respect of administration required for fleet operators to be able to continue to operate in Europe after exit day.