Drivers are being urged to check both their tyres and vehicles’ Tyre Pressure Monitoring Systems (TPMS) as the level of MoT failures due to TPMS issues ‘skyrockets’. 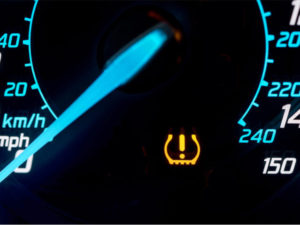 DVSA data showed a 212% rise in the number of vehicles requiring an MoT retest after TPMS issues were identified.

The call comes from TyreSafe as it highlights DVSA data showing a 212% rise last year in the number of vehicles requiring an MoT retest after TPMS issues were identified.

TPMS became mandatory on all new passenger vehicles sold after 1 November 2014 and as of 1 January 2015, all vehicles first used after 1 January 2012 and equipped with a TPMS by the manufacturer must have a functioning system to pass its MoT.

Although the widespread introduction of this technology was expected to lead to an increase in MoT failures in 2016, the startling rise in failures due to TPMS defects – more than treble – was unexpected.

Stuart Jackson, TyreSafe chairman, said: “Regrettably, this leap in MoT failures due to TPMS defects underlines that a poor attitude to tyre safety is not an issue exclusively associated with older vehicles.

“TyreSafe urges motorists to put tyre safety higher up their list of driving priorities and check their tyres and TPMS are in roadworthy condition.”