DS Automobiles and Peugeot have become the latest carmakers to top up the Plug-in Car Grant back to its previous level for their customers after last week’s Budget changes. 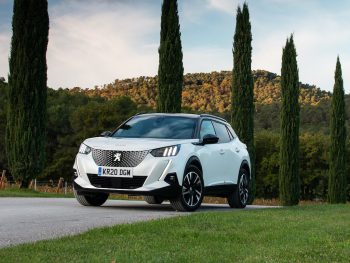 While the Budget saw a much-welcomed announcement that the Plug-in Car and Van Grants have been continued until 2022/23, it was later revealed by the Department for Transport and Office for Low Emission Vehicles that grant funding for cars had been cut with immediate effect to £3,000 compared to the previous level of £3,500. Meanwhile, cars costing £50,000 or more will no longer be eligible for the funding either.

Now, following in the footsteps of both Renault UK and MG, Peugeot and DS Automobiles have said they’re maintaining the original value of the PiCG by funding the difference with an extra £500 support for orders of the new DS 3 Crossback E-Tense fully electric vehicle and, in the case of Peugeot, for the e-208 and the e-2008 SUV, which is now open for order in preparation for commercial launch on 23 April 2020. The offer applies until the end of March.

Both carmakers are also adding to the incentive to switch with the inclusion of a free Pod Point Home Charging Unit plus a six-month free subscription to the Polar Plus public charging network, while DS Automobiles is also offering electric car customers  complimentary servicing.