Road safety experts are calling for a widespread programme of action on road safety as latest government figures show the number of road fatalities in the UK remains stubbornly high. 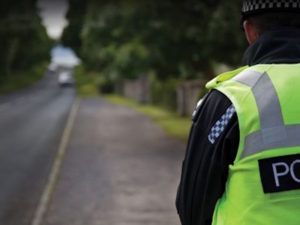 Newly published figures from the Department for Transport show there were 1,793 reported road deaths in 2017, an increase of 1 on 2016, and showing little change since 2011.

There were 24,831 people seriously injured in reported road traffic accidents in 2017 compared to 24,101 a year before, but the DfT said this was not comparable to earlier years due to changes in severity reporting

Meanwhile the total figure of 170,993 for casualties of all severities in reported road traffic accidents was 6% lower than in 2016 and the lowest level on record, although the DfT said this should also be interpreted with caution.

Responding to the figures, IAM RoadSmart said that the lack of progress on reducing road fatalities showed how safer cars and investment in new roads were being cancelled out by more traffic and a “hard core of human behaviour issues that are the most difficult to tackle”.

Neil Greig, IAM RoadSmart director of policy and research, said: “Road safety is everyone’s responsibility and it is clear that working in partnership to promote it is the key to returning to long term downward trends. More incentives for post-test training, consistent enforcement of new motoring laws, accelerating the uptake of AEB (autonomous emergency braking) equipped cars and promoting best practice in driving for work are just a few examples of the quick gains that could be achieved.”

The RAC has also responded to the figures, saying that a shift in focus is needed at both national and local levels to begin to tackle the problem.

Road safety spokesperson Pete Williams said: “Technology has an important role to play – autonomous emergency braking, for example, has the potential to reduce casualties significantly but it will take many years to become commonplace. Nonetheless, we encourage drivers to do their bit by insisting that any new car they buy is fitted with the technology. And on a day-to-day basis, it is every driver’s responsibility to ensure they are driving safely by not breaking speed limits and reducing distractions in their vehicles so their attention remains firmly on the road.

And the AA has called for government action. President Edmund King said: “Back in 2010, the Coalition Government removed road safety targets. We feel it is time to bring back a challenging target and aim to reduce annual road deaths to zero within 10 years. We should also improve driver education, police enforcement and indeed engineering of some of our most dangerous roads.

“Earlier this month, a quarter (24%) of AA members said that wider use of CCTV to capture offences like mobile phone use and tailgating would make the single biggest contribution to reducing road deaths. A further 18% felt that hiring more police to target driving offences was the answer.”