UK mobile network providers could play a vital role in helping fleets minimise driver distraction by banning mobile phone use behind the wheel. 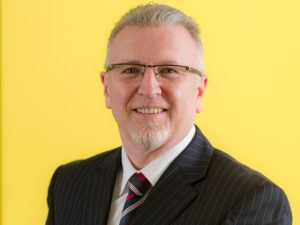 So says Licence Check pointing to a free no-texting-while-driving app launched by US telecoms giant AT&T two years ago. The app silences text message alerts and automatically replies to them. It also provides access to music and navigation with one touch.

Following the introduction of tougher penalties for drivers using mobile phones from 1 March, Richard Brown, managing director of Licence Check, commented: “The AT&T approach, where the mobile carrier provides the software as part of their package, is a good one. It would be useful if carriers in the UK used this type of app, with the option for corporate fleet customers to monitor their employees accounts to ensure the function wasn’t tampered with or turned off.”

Brown’s comments follow recent reports that the DfT was considering implementing new technology that would block phone signal for drivers.

And IAM RoadSmart has called on carmakers and smartphone manufacturers to help develop solutions to distracted driving. Neil Greig, director of policy and research at the road safety charity, said: “With accurate GPS and more sensitive movement sensors in most phones, it should be possible to target the driver’s phone whilst still allowing the ever-growing range of connected car services such as sat-nav and traffic/tourist information. Passengers should still have the ability to use phones as well.”

Licence Check’s Richard Brown also urged fleets to look at the growing number of solutions on the market to tackle mobile force behind the wheel, which include solutions with installed hardware that effectively ‘block’ signals to the phone while others involve software on the phone with a Bluetooth link to the vehicle, or motion sensing technology. Recent launches include the CellControl solution, which is offered through Trakm8 and combines with software and a smartphone app to block driver access to specific applications such as phone calls, social media, text messaging and music, while the vehicle is moving.

Meanwhile Ocado has recently introduced technology to police the mobile phone ban.  The firm’s delivery vehicles are fitted with camera systems which record both what happened in front of the vehicle and inside the cabin if a collision, or harsh braking, has taken place. This allows the company to see if the driver was on the phone at the time of an incident.

Brown added: “It’s clear that the threat of penalty points, convictions and a fine isn’t enough in itself. People are still taking the risk. Actively preventing phone use and removing the source of temptation altogether, may be the only workable solution in the long run to prevent further incidents.”