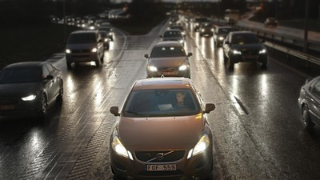 In his eighth Budget last week, Chancellor George Osborne said that driverless cars will be tested on UK motorways from 2017, as the Government takes steps to lift regulatory barriers. The plans also include the building of a £15m ‘connected corridor’ between London and Dover, allowing vehicles to communicate with infrastructure and other vehicles.

According to the latest survey from Venson Automotive Solutions, 28% of motorists are excited about the future of driverless cars, saying that ‘progress is good’.

However, 30% of respondents are concerned that the technology isn’t ready, with 34% casting doubt on the likelihood of testing happening as soon as 2017, simply because the public themselves aren’t ready for driverless cars.

“Overall, our survey shows that people feel positive about the future of the UK’s transport infrastructure and driverless cars, with many seeing the safety and environmental advantages that this new technology brings,” said Simon Staton, director of client management at Venson Automotive Solutions.

“Interestingly 18% welcomed how driverless cars could benefit mobility for the disabled.  Naturally, people do have some concerns, which are mainly focused on the technology being ready, the hacking of technology and how data collected from driverless cars will be used by businesses and the Government.”

He concluded: “The investment in new technology to improve transport and logistics infrastructures across the UK should be welcomed, as should the government’s commitment to ensuring Britain plays a leading role in driving change that will be recognised globally.”

Previous: Holistic, cross-disciplinary approach to cybersecurity needed, says security specialist
Next: Over £1m worth of stolen luxury vehicles returned to UK from Uganda