Mitsubishi has provided more details on its e-Evolution Concept, which will preview how an electric SUV could be combined with artificial intelligence when it debuts at the Tokyo Motor Show on 25 October. 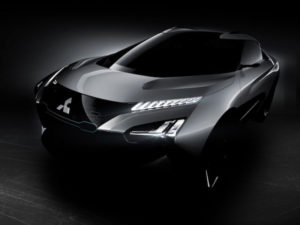 Teased last month, the vehicle shows how the brand’s future design direction and electric drivetrains could work with a new SUV coupé concept.

Mitsubishi has now said that the concept will use high-torque and high-performance electric motors with a high-capacity battery system and four-wheel drive. The drivetrain is based on a triple motor 4WD system, using a single motor to drive the front wheels and a new Dual Motor AYC (Active Yaw Control) system to couple two rear motors through an electronically controlled torque-vectoring Active Yaw Control unit.

The concept will also showcase how the developments in artificial intelligence could provide autonomous driving capabilities. The concept uses an array of sensors that enable the AI system to instantly read changes in road and traffic conditions, as well as the driver’s intent. It will also be able to learn the driver’s skill level and support them accordingly.

Although Mitsubishi has not signalled any plans for production, it has previously said that the concept, which revives the Evolution moniker, signals the start of a new era for the brand which will see “long-term growth and sustainable development”.For more of the latest industry news, click here.