Mitsubishi has published teaser images of its forthcoming crossover, which will be named the Eclipse Cross. 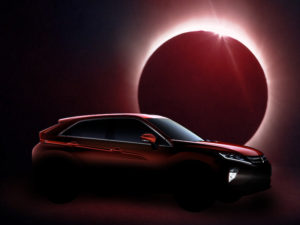 Making its debut at the Geneva Motor Show, the model pays homage to the Eclipse sports car which amassed more than 1.4 million sales, mainly in North America between 1989 and 2012. It also draws on the styling of the XR-PHEV concept car shown at Geneva two years ago.

Engine line-up is expected to bring a new 1.5-litre turbo petrol as well as Mitsubishi’s current 2.2-litre diesel along with CVT and manual transmissions and all-wheel drive.