Mini’s first mass-market electric car has been revealed as the brand looks to target buyers with a “widely affordable” EV. 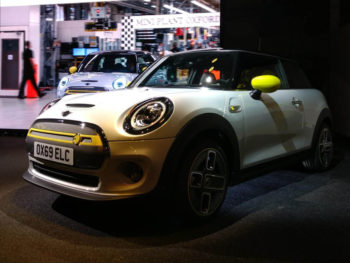 Arriving 10 years after the Mini E prototype battery-electric hatch used to test BMW Group technology with end-users, the Mini Electric has been revealed at the brand’s Oxford plant, the home of the brand where the very first Mini was built 60 years ago and where it will be produced alongside conventionally powered Minis.

It plays a key role in BMW Group’s electric plans; the brand revealed last month that it will now achieve its planned total of 25 electrified models in 2023; two years ahead of the original 2025 timeline. And of this figure, more than half will be fully electric.

A key focus of the Mini Electric is its affordable pricing. It’ll be offered in three trims, priced from £24,400 (including the Plug-in Car Grant) with the mid trim rising £2k and an extra £6k for the top spec (equipment details are still to be announced for all three trims) while leasing rates will start below £300 per month.

Featuring a 33kWh battery and 184hp electric motor, the Mini Electric sits 18mm higher than the standard model due to EU regulations around batteries, and offers two levels of regenerative braking.

It brings a similar performance to the Mini Cooper S, accelerating from zero to 62 mph in 7.3 seconds, while offering a limited top speed of 93mph plus a 144-mile range.

Unlike most EVs, the Mini Electric comes with two charge cables as standard, three-pin and AC, and takes a maximum 50kW charge rate.

Manufacturing of the Mini Electric will begin in late 2019, with first deliveries due in the spring of 2020.