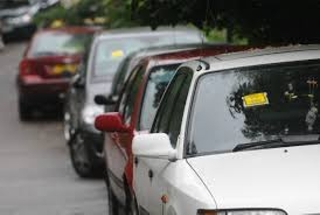 Although the Protection of Freedoms Act 2012 banned clamping on private land, drivers who stay longer than the time they have paid for are still likely to receive tickets that demand payments of up to £100, and in some cases significantly more.

However in his paper for the RAC Foundation John de Waal QC, a barrister at Hardwicke, argues that this is likely to be several times more than compensation for a genuine loss. So it would not be enforceable by the courts.

In his report de Waal said: ‘Payments at the level that operators presently demand as sanctions are unlikely to count as genuine pre-estimate of loss; they should be seen by the Courts as penalties, which means they are unenforceable.’

If the courts agree with Mr de Waal that many of the tickets issued are ‘extravagant and unconscionable’, drivers are potentially in line to receive tens, if not hundreds, of millions of pounds in refunds.

Mr de Waal also argues that European consumer legislation which requires contracts to be fair means so-called “early payment discounts”, which are often used to put pressure on the public to pay up quickly, or face a higher charge, are in fact unlawful because they constitute a “price escalation clause”. He also says that when signs are not clear or prominently displayed, the charge can also be challenged on the grounds of unfairness.

In 2013 private parking companies made 2.2 million requests to the Driver and Vehicle Licensing Agency (DVLA) for registered vehicle keeper details.

The British Parking Association and the Independent Parking Committee (accredited trade associations for the private parking industry) recommend that their members do not issue tickets of more than £100 against those drivers who stay longer than they have agreed to when they first park, or do not adhere to other conditions.

Professor Stephen Glaister, director of the RAC Foundation, said: ‘We would like to see this legal argument tested in a higher court so that a binding precedent is set. At the same time we would like the government to do what it should have done at the outset and set out what are reasonable charges.

‘If the Courts agree with Mr de Waal then millions of drivers could be in line for a refund. We estimate that in 2013 alone drivers might have been overcharged by some £100m.

‘Some parking operators have a business model which means they only make a profit if members of the public overstay and can be charged an excessive penalty. We think this model, which invites zealous enforcement, is unfair and not fully understood by the public.

‘Ministers thought that the ban on clamping would end parking problems on private land. As we warned at the time, they were wrong. They allowed a system of ticketing to emerge which is barely regulated. In effect drivers have been short changed.’