Half of young drivers feel confident enough to perform basic car maintenance – compared to under a third of their parents’ generation. 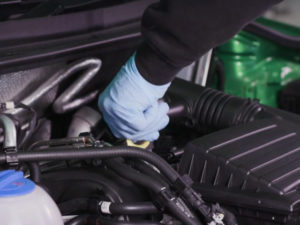 Changes in the modern driving test curriculum – which now requires stricter testing on the driver’s knowledge of how the vehicle works – and Google are having a significant impact on helping younger generations develop this confidence. Trend data from Google shows that searches for ‘how to’ videos relating to car and home maintenance are growing 70% year-on-year, with the younger generation more likely to use online videos to learn new skills, as a result of being more internet savvy. A total of 95% of 18-24 year olds claim they use YouTube for research, compared with an average of just 68% of those aged over 35.

To help increase drivers’ confidence with maintenance, in particular for older motorists, LV= has launched a series of ‘Mechanic Mentoring’ short films.

Previous: Statement of Intent: How the Autumn Budget will impact on fleets
Next: RCI Bank and Octo partner to provide telematics data for fleets