MG is to stop making models at its Longbridge site in south west Birmingham, instead switching full production over to China, parent firm SAIC has said. 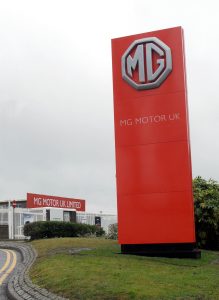 Production at the previous MG Rover plant restarted in 2011 following SAIC’s acquisition of the British carmaker, with the former MG6 hatchback and the MG3 supermini assembled at the plant, although most of the actual production was done in China.

“Relocating to state-of-the-art overseas production facilities will allow faster access to product and help to meet ever-increasing customer demand, all while maintaining the highest levels of production quality.

According to reports, the shift will lead to only around 25 redundancies.