‘Extreme’ speeders driving at excessive speeds in the capital during the lockdown are being warned that they face strong enforcement action by the Metropolitan Police and fast-track processing through the courts. 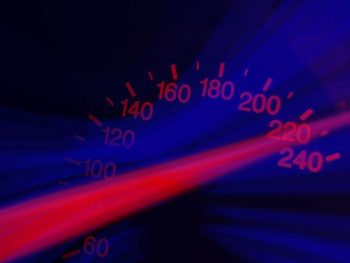 Although traffic volumes have fallen around 60% since the lockdown, there has been a significant increase in vehicle speeding offences, including someone clocked for doing 151mph on the M1 and drivers found doing 134mph in a 40mph zone and 73mph in a 20mph zone. Drivers have also been been recorded doing 145mph, 142mph and 140mph.

Road safety organisations have been warning for weeks of the risks for other road users and the latest data shows that, despite the reduced traffic, since 23 March 2020 there have been eight recorded road deaths in London.

Now, the police force is warning how its new fast-track process is ensuring ‘extreme’ speeders are summoned to court quicker; a total of 89 drivers have already been put through the process.

In addition, a new central Road Crime Team has been established to focus on targeting the capital’s riskiest drivers, using intelligence-led proactivity. The team will focus its efforts on these individuals in particular, recognising that there is often a link between people who are dangerous drivers and those who are committing other forms of criminality.

Commander Kyle Gordon of the Metropolitan Police, warnd that driving at the speeds recorded is “dangerous and socially irresponsible at this time”.

“Our officers are out across London 24/7 and will be using all of the means available to us to ensure road users drive responsibly throughout this period to keep everyone safe,” he continued.

“High-risk driving results in serious injuries and fatalities, which cause devastation for everyone involved. So far during the lockdown period we have seen eight fatal road traffic accidents and several more resulting in serious injuries, leaving families utterly devastated.

“At this unprecedented time, dealing with road traffic accidents puts a lot of additional and unnecessary strain on the NHS and other emergency services, who are working on the frontline 24 hours a day to keep us all safe.”