Mercedes-Benz is expanding its SUV line-up with a new compact model to bring a rival to the Audi Q3. 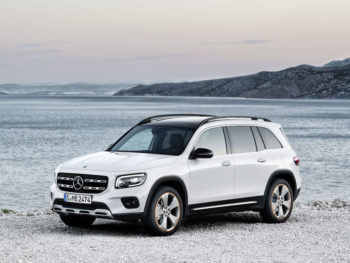 Sitting above the GLA, the GLB marks the eighth model in the brand’s compact car family; in fact one in four Mercedes-Benz cars is now a compact model while one in three is an SUV.

Due to launch at the end of the year, the GLB will be offered in five and seven-seat variants. Boot space on the five-seater ranges from 560 to 1755 litres while the second-row seat can be slid forwards and back and the angle on the backrests can be adjusted to increase boot or passenger space as required.

4Matic models also get an Off-Road Engineering Package, which offer a special off-road light function in combination with Multibeam LED headlamps to make it easier to see obstacles in rough terrain in the dark.

The new GLB is being manufactured at the Aguascalientes (Mexico) plant and, for the Chinese market, in Beijing. Pricing will be announced prior to its launch at the end of the year.