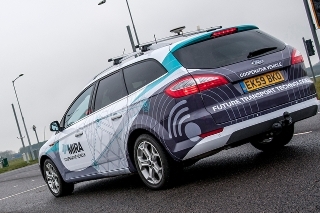 The IET surveyed 2,023 adults online aged 16-75 to assess current appetite for, and understanding of, driverless vehicles. It found that demand for driverless cars is most likely to come from men and those in London.

Even then the survey found that just a quarter of men (25%) would definitely consider using a driverless car, while only 16% of women would do so.

In terms of age, over 45s are the least likely to embrace driverless cars (42% of 45-54s and 42% of 55-75s). This is worrying given it is the older generation that stand to benefit more in terms of increased mobility.

The survey shows that younger drivers are the most undecided about driverless cars.

People in London are the most likely to be interested in driverless cars (25% would definitely consider one), compared to 18% in the Midlands.

Hugh Boyes from the Institution of Engineering and Technology (IET) said: ‘While driverless vehicles have huge potential to transform the UK’s transport network there is clearly a lot to do before people are won over.

‘Wider public acceptance and trust are crucial, particularly for the older generation, who stand to benefit hugely with increased mobility, so the trials starting now must get to grips with the best ways to win over everyone – from car manufacturers to consumers – to the benefits of driverless cars.’