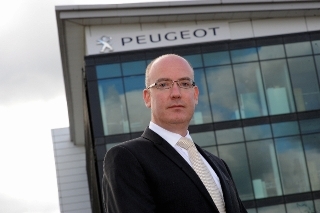 The move means that he will replace current Citroën fleet director Martin Hamill. A spokesman for the company said that Hamill would take on another role within the group.

The spokesman added that it was too early at this stage to comment on how the change will affect fleets.

Meanwhile the roles of director, communication and events and director, parts & service have also been changed to cover all three brands and are filled by Andrew Didlick and Stuart Hodge respectively.

The firm said: ‘This organisational change is part of PSA Peugeot Citroën Group’s "Back in the Race" initiative which is accelerating the group’s recovery. These changes do not alter the positioning of the Peugeot, Citroën and DS Brands; each will retain its own unique identity.’

The announcement comes just a year since Peugeot announced that Martin Gurney will take up the position of director, fleet and used vehicles, replacing Phil Robson who left to take on an international role with Peugeot in France.