Manheim has appointed new managers for its south-east auction centres. 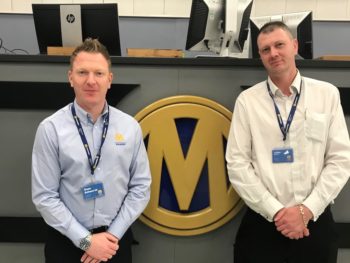 The firm has welcomed Dean Ashworth and John Fletcher as general managers of its auction centres in Colchester and Wimbledon respectively.

Ashworth joins the business after an 18-year career with Inchcape Retail, where he held a number of roles as head of business and general manager, representing brands including Volkswagen, Porsche and Audi.

His new role at Manheim Colchester will see him take responsibility for the leadership of Manheim’s four-lane auction centre and its 200 strong team. As Manheim’s largest auction centre, Colchester holds three regular auctions per week as well as a number of stand-alone events, and sells more than 6,000 vehicles a month.

Fletcher joins Manheim from Kwik Fit where he held the role of regional manager, responsible for 15 of the business’ largest volume centres. Having joined the automotive industry as an apprentice motor mechanic, Fletcher began his management career with Ford, and has also held management roles with Halfords Auto Centres and Euro Car Parts.

As general manager at Wimbledon, Fletcher is responsible for building on the centre’s strong reputation in the south-east and delivering its ambitious growth plans.

Peter Bell, MD at Manheim, added: “I am delighted to welcome Dean and John to our auction leadership team. Both have a wealth of experience in senior roles within automotive, and I’m extremely pleased to have them on board as we focus on ensuring that we continue to deliver a high-quality experience, tailored to the needs of new and existing Manheim customers.”