The UK government should mandate Clean Air Zones in the 32 areas where NO2 limits are being breached, and introduce a tax levy for non-ULEVs to encourage uptake of alternative drivetrains, according to a new report. 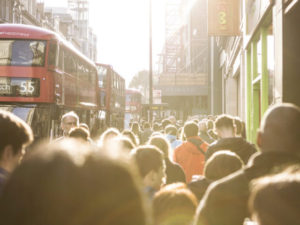 Clean Air Zones must be standardised, and mandatory, the report says.

Commissioned by environmental law organisation, ClientEarth, and produced by WPI Economics, the report is critical of the UK’s “inconsistent” tax system and its inability to recognise different pollution levels, suggesting more action is needed to improve air quality across the country.

Suggested reforms to the incentives for ultra-low emission vehicles (ULEVs) include replacing the Plug-in Car Grant and Plug-in Van Grant with a time-limited, two-tier VAT rebate. Fully electric and hydrogen fuel cell vehicles would be eligible for a 100% rebate, falling to 50% for plug-in hybrid and range-extended electric models.

This would be funded, the report suggests, by a £25 levy for all non-ULEVs on UK roads, making it cost-neutral for the Treasury. WPI Economics is also recommending reforming vehicle tax, and consulting stakeholders across the automotive industry, environmental groups and fleet operators to come up with a more emissions-responsive system to replace it.

Matthew Oakley, Director of WPI Economics, said: “Air quality in the UK is a serious issue – affecting the areas in which millions of people live, work, and play. The government has acknowledged the need to do more in this area and proposals in this report would help them to meet their short, medium, and long-term environmental goals. They would do so while also protecting public finances and providing a much-needed shot in the arm to the UK’s manufacturing sector.”