Alcohol interlocks should be introduced as soon as possible for drivers convicted of drink-driving, the Government has been told. 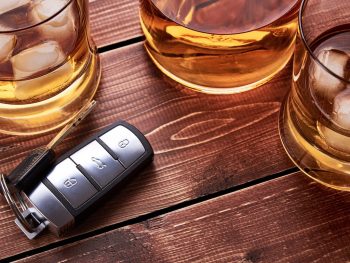 A new report from the Parliamentary Advisory Council for Transport Safety (PACTS) finds that one in six drink-driving offences is committed by a reoffender and recommends that the courts are given powers to offer or mandate so-called alcolocks for convicted drink drivers.

From 2022 all new cars sold in Europe will be ‘alcolock-enabled’ but it is up to the Government to decide how they will be used. And the new report says they need to be pressed into action as the current drink-driving campaigns are not sufficient to deter reoffending, nor to bring down the number of deaths from drink driving, which stands at 240 each year, which has not changed since 2010.

The technology requires the driver to blow into a breath-testing instrument that is connected to the vehicle ignition system to prevent it from starting if the driver is over the limit.

According to PACTS’ ‘Locking out the drink driver’ report, studies have found that alcohol interlocks reduce reoffending by around 60-75% when fitted.

It adds that offenders should be responsible for the costs of the interlock programme – which typically amount to around £1,000 a year. This compares to an estimated £70,000 possible cost for drivers from a drink drive conviction.

And the savings to society in avoiding some 240 deaths and 1,400 serious injuries a year where a driver is over the legal limit are substantial.

It’s the latest report by PACTS to urge government action on drink driving; a document from the organisation in January 2021 said the UK’s system to prevent drink-driving is no longer adequate and needs a major review – including a lower limit and improved enforcement.

Commenting on the new report and the suggestions on alcolocks, David Davies, executive director of PACTS, said: “A number of other countries have introduced alcohol interlocks to prevent repeat drink driving and to bring down the number of deaths and injuries that result. Alcohol interlocks have proved highly effective. PACTS is calling on the Government to give UK courts the powers to impose them without delay.”

IAM RoadSmart, which contributed to the PACTS report, said its recent research of over 2,000 motorists has found overwhelming support for alcolock fitment in all new cars; a total of 90% of motorists support all new cars featuring the built-in technology.

Previous: Peugeot cuts e-2008 prices on back of Plug-in Grant changes
Next: Ford to end Mondeo production in 2022