More than half of the British public would back the introduction of charges for Clean Air Zones. 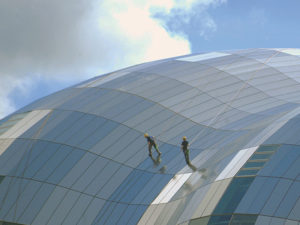 The YouGov polling, commissioned by ClientEarth, surveyed nearly 1,700 adults and found that 52% said they would support such charges. The call comes ahead of this month’s High Court hearing over the Government’s “persistent failure to deal with air pollution” as environmental lawyers at ClientEarth embark on a third round of legal action and continue their calls for a network of charging Clean Air Zones.

The YouGov research also found almost three-quarters (71%) of the British public think the UK car industry should help fund efforts to clean up the country’s illegal levels of air pollution. In Germany, automakers are contributing a quarter of a billion euros to a clean air fund.

And more than half (53%) of those surveyed supported a scrappage scheme.