Most drivers still don’t know what the ‘Dutch Reach’ door-opening technique is despite a Government pledge a year ago to include it in the Highway Code. 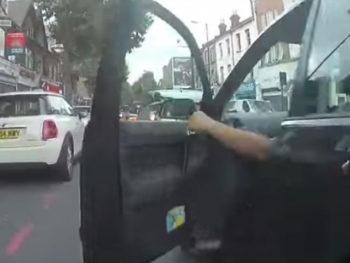 The potentially life-saving technique is designed to reduce the number of ‘car-dooring’ incidents; according to Cycling UK it could prevent a large number of cyclist injuries and fatalities a year.

It’s already included in both AA Driving School and BSM driving instructor training and is expected to be included in a series of updates to the Highway Code in 2020, but an AA Charitable Trust poll has found that the majority (62%) of drivers still don’t know what it is.

Edmund King, director of the AA Charitable Trust, said: “Using the Dutch Reach is straightforward – simply open your car door with the hand that is furthest from the door. It will force you to turn, enabling you to very quickly check if a cyclist or motorcyclist is approaching.

“It’s really just down to habit – and it’s a habit we should be trying to adopt. Putting it into the Highway Code will help to get it into the minds of car drivers and passengers.”