A new report identifying the potential impact of deploying autonomous vehicle services across the UK and the key considerations for fleet operators is now available. 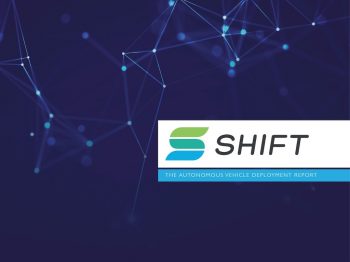 The resultant report has been developed to inform autonomous fleet operators as they begin to deploy autonomy services, and provide guidance on the impact autonomous vehicles (AVs) could have on existing infrastructure as well as how to regulate fleets and how to create the basis for fleet health monitoring to improve safety.

The report has been developed by the SHIFT collaboration between Oxbotica, Imperial College London and TfL, which is funded jointly by government and industry. Findings from the report have already been used as part of the Project Endeavour scheme to accelerate and scale the adoption of AV services across the UK through advanced simulations alongside trials on public roads across three major cities. T

Dr Graeme Smith, senior VP of external affairs, Oxbotica, said: “Autonomy, whether we’re talking purely in terms of transportation or any of its various other use cases, is set to transform the world we live in. The knowledge gap has previously been how autonomous vehicles impact the area where they are deployed, but with SHIFT we have been able to begin to understand the nuts and bolts of real-world deployment. The outputs of SHIFT will enable any third party – from OEMs through to owners and operators – to deploy autonomous services in an urban environment in a way that suits their business model. This is the key to unlocking the true potential of autonomy.”