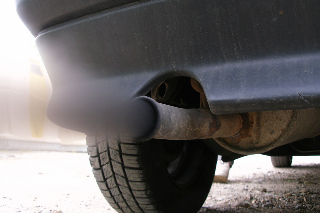 The initiative, which focuses on the impacts of road transport on health, environment and air quality, was launched at a seminar and Parliamentary reception on 1 March, attended by over 200 stakeholders.

The core aims of the initiative will be to show how many policies aimed at tackling climate change also serve to limit air pollution, and to help identify any areas of tension or confusion between the two agendas and explore how coordinated activity can help to resolve both, for the benefit of all.

According to research conducted by both organisations, road transport is responsible for approaching 20% of the UK’s total emissions of CO2 and most of the critical emissions (particulates and NOx) which can have damaging health impacts in areas of high pollution concentration. The UK is legally obligated under the Climate Change Act and European regulations to reduce emissions of both types.

The joint Parliamentary event comes shortly after the news that London breached annual pollution limits just one week into 2016, and follows soon after the announcement that the Government will be introducing Clean Air Zones in five areas across the UK. It also follows the landmark climate agreement in Paris which has provided a new impetus for policy makers around the world to tackle climate change.

Recent developments have pushed both air quality and climate impacts from road transport up the political agenda, making the launch of the Communiqué initiative particularly timely.

Commenting on the new initiative, Andy Eastlake, managing director, LowCVP said: “The LowCVP has been working throughout to make sure that the climate initiatives in which we’re involved also make a positive contribution to air quality, but forging closer relationships and working in an even broader partnership can only help both of our agendas.

“We look forward to collaborating with representatives of the air quality community and will be looking for practical ways to embed consideration of air pollution into all our processes.”

Dan Byles, chair of the Clean Air Alliance added: “The science shows that if air pollution is addressed, there will generally also be a significant decrease in climate carbon emissions.

“It’s vital that this exciting partnership between the Clean Air Alliance and the Low Carbon Vehicle Partnership helps the air quality and climate change communities work more closely together to better understand the links between them and the benefits of addressing the two issues together.”

Previous: Highways England works on measures to improve Dartford Crossing traffic
Next: FleetEurope named one of ‘1000 Companies to Inspire Britain’