Green Motion has opened a branch in Liverpool as part of a strategy to expand its low-emission car hire service to city centres. 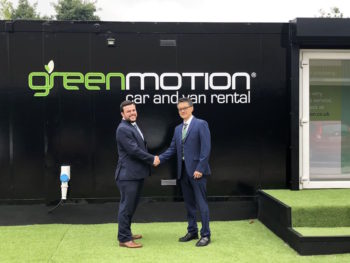 It follows its opening of a branch in Newcastle this June, which means the company is now operational at all 14 of the UK’s busiest airports as well as major sites including London, Manchester and Edinburgh.

The new site in Liverpool is located within the city’s Baltic Triangle and joins the existing branch at John Lennon Airport.

The firm said the new focus on city centre branches would open up its offering to new users. The company also confirmed at least one more opening in an as-yet-undisclosed location before the year-end.

Will Wynter, Green Motion’s franchisee development manager, said: “Our airport locations are proving extremely popular for tourists and business travellers, so we’re delighted to be extending our offering to other users and making our branches easily accessible for everyday use such as a weekend road trip.”