Road safety organisations are calling for urgent changes to the law after a lorry driver caused a crash that killed a mum and three children by looking at his mobile phone. 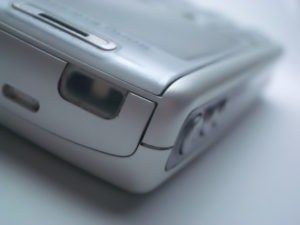 Tomasz Kroker was yesterday (31 October) sentenced to 10 years in prison at Reading Crown Court. He was scrolling through music on his phone when his lorry smashed into a stationary car. 45-year-old Tracey Houghton and her two sons Ethan, 13, and Joshua, aged 11, all died. Tracey’s partner’s daughter Aimee Goldsmith, aged 11, was also killed. Aimee’s dad and brother witnessed the crash, as they were travelling in a car behind.

The judge in the case said Kroker hadn’t been paying attention for around a kilometre and that his attention was so poor he “might as well have had his eyes closed”.

In response, Brake has reiterated its calls for a full review of charging, sentencing and guidelines with its Roads to Justice campaign.

The road safety charity also wants to see hands-free calls banned and restrictions on the use of in-car-app enabling screens.

Gary Rae, campaigns director for Brake, said: “There could be no more shocking example of why using a mobile phone behind the wheel is so dangerous. A 10-year sentence, of which he will probably serve just five, doesn’t begin to do justice to the grieving families.

“We need action from the Government now; prison sentences for criminal drivers who kill must be strengthened. We need increased penalties for illegal phone use behind the wheel and hands-free calls must also be banned. We also need more investment in road traffic policing, so drivers breaking mobile-phone laws know they will be caught and punished.”

RAC road safety spokesman Pete Williams also commented on the case, saying: “A concerted, sustained effort is needed from government, the police and indeed all of us as individual motorists to tackle the epidemic of illegal handheld phone use.”

In particular the RAC is calling for stronger enforcement of the existing law, harsher penalties for those caught and a comprehensive package of driver education to challenge driver attitudes on use of handheld phones behind the wheel.

Williams added: “As cases like this demonstrate, one distracted moment behind the wheel can have a multitude of unintended consequences and can destroy innocent lives. If the temptation to use a handheld phone to make calls, text or check social media while driving is just too strong, drivers are best served switching their phone to silent and keeping it well out of reach.”