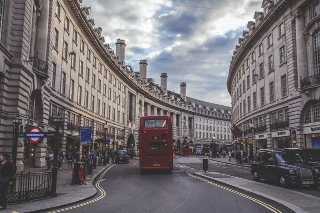 Speaking in a debate this week on air pollution at Westminster Hall, Ms Abbott (Hackney North and Stoke Newington) said: “Already this year, according to the latest research, up to 1,300 people have died across the city. The Clean Air in London campaign group argues that more than 7,000 Londoners a year are now dying prematurely as a result of toxic air. It is well established that toxic air is a direct cause of bronchitis, asthma, strokes and even cancer and heart disease. We all recognise that the level of childhood asthma is now far higher than any of us knew when we were at school. I cannot believe that there is no connection between those very high levels of childhood asthma and rising levels of air pollution.”

She added: Waiting until 2020 to introduce the zone is simply costing lives. A range of organisations including the London boroughs, the London Health Commission, the Faculty of Public Health and the Royal College of Physicians have come together to call for the ultra-low emission zone to be strengthened, with early implementation, wider coverage, stricter standards and stronger incentives, but from Mayor Boris Johnson, we hear nothing. The financial costs to a fraction of drivers and voters must be weighed against the health benefits, including to those same drivers, who are the most at risk from pollution, and to the larger population, particularly children, who are exposed to air pollution in central London and beyond, all the way to Dartford.”

In response, the UK Liquefied Petroleum Gas Association (UKLPG) is urging the government to support automotive LPG as part of its commitment to improving air quality in urban areas.

It added that the environmental benefits of automotive LPG have support in a study by Atlantic Consulting, which compared tailpipe emissions of comparable vehicles powered by automotive LPG, petrol and diesel. This found that the latest diesel vehicles emit on average five times more NOx than automotive LPG.

Rob Shuttleworth, chief executive of UKLPG, said: “As a low-carbon energy, automotive LPG has huge air quality benefits. It is a versatile and flexible fuel with less environmental impact than the alternatives. We would welcome a dialogue with ministers to see how we can support their proposals for lower emissions.”

He continued: “Automotive LPG cannot be ignored by the government in the fight to improve urban air quality. Not only is automotive LPG suitable for motorists, it’s also ideal for public transport – something that is a key consideration if the government is to meet air quality targets and develop low-carbon transportation for our urban environments.”