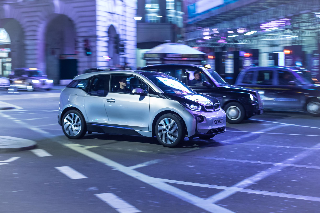 In a submission to the High Court of Justice today, the Mayor said he feels the ambitions of his predecessor, Boris Johnson were limited and that the city should be able to meet NO2 limits earlier than the 2025 deadline outlined in the Government’s Air Quality Plan.

The document highlights the Mayor’s own proposals as a way to achieve air quality improvements earlier than 2025, but stressed that Government support would be vital to do so.

Among the suggestions are a national scrappage scheme for older diesels, extending the proposed Ultra-Low Emission Zone to the North Circular and South Circular roads and introducing it earlier than 2020, as well as increasing the congestion charge for the most polluting vehicles from 2017.

The Mayor of London, Sadiq Khan, said: “I know from personal experience that the city’s air is damaging people’s health as I suffer from adult-onset asthma myself.  It’s clear we need to speed up our efforts so I’m calling on the Government to match my new level of ambition for London and to work with me to improve our city’s dirty air and to make sure we get within legal limits much sooner – before the current target of 2025.”