The Mayor of London, Sadiq Khan, has called on TV and radio broadcasters to help inform Londoners about poor air quality through news and weather bulletins. 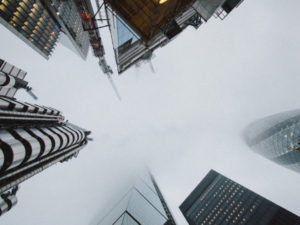 The mayor has written to senior figures at BBC London, ITV London and LBC to ask them to include updates, which would be coordinated with the existing city-wide alert system.

Mr Khan said: “Broadcasters are already doing excellent work covering the threat to public health posed by the capital’s filthy air and I’m asking them to go even further and help empower Londoners to reduce their exposure to harmful pollution. They can do this by providing regular daily air quality information as part of their weather broadcasts.

“I hope that the growing number of weather apps that many Londoners now use will also follow suit and provide air quality information.”

The move follows the mayor’s introduction more than a year ago of new air quality alerts, including road-side messages that ask stationary drivers to switch engines off.

Next month will also see the launch of the mayor’s ‘T-Charge’ emissions surcharge scheme, which is now the subject of a crowd-funding campaign by FairFuelUK with the proceeds to be used in part to “convince the Mayor of London to reverse the implementation of his cash grabbing unwarranted ‘T-Charge’ on drivers”.

The mayor is also looking to introduce the world’s first Ultra Low Emission Zone (ULEZ) in 2019 – with a decision expected shortly following consultation – and has called for other UK cities to follow suit. Khan is also looking at measures including road pricing, a workplace parking levy scheme and a zero-emission zone in central London.