Transport for London has awarded contracts to some of the UK’s largest charging point manufacturers to roll out 1,150 charging points across the boroughs by the end of 2020, helping households without off-street parking to move to plug-in vehicles. 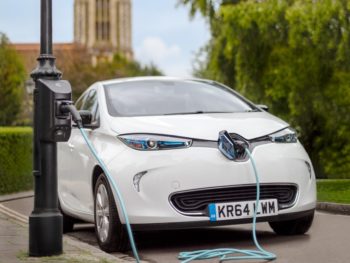 Char.gy is one of four manufacturers with a contract to utilise power supplies from lamp posts.

The Go Ultra Low Cities Scheme (GULCS) Electric Vehicle Charging Infrastructure Procurement Framework provides £3.7m to help bolster the availability of charging points across Greater London. The framework is hosted by TfL, the Greater London Authoroty and London Councils, and is funded by the Office for Low Emission Vehicles.

Four companies – British startup Char.gy, Siemens (in partnership with Ubitricity), solar power specialist Joju, and Swarco – also have contracts to install points using a ‘shared power supply’, such as utilising a lamp post, which reduces the cost of deployment and disruption for residents.

Siemens and Ubitricity said they will use new technology, which features a mobile electricity meter in the cable to identify the charging point, turn on the power, and submit a reading to the host for billing, aimed at simplifying the process for residents. Drivers can also access them via a mobile site when using a standard charging cable. The company said installing a charging point on a lamp post takes around an hour.

Chris Beadsworth, director of Siemens Energy Management, said:  “Our aim is that charging your car should be as simple as charging your phone. Working together with our partners we make a cleaner more modern energy network a reality whilst delivering benefits for UK consumers without compromise.”

Knut Hechtfischer, founder of ubitricity, said: “A significant proportion of residents park their vehicles on-street, to make the change over to electric they need to be ensured of convenient, reliable and affordable charging, the same benefits that those with off-street parking enjoy.

Char.gy, which now has units live in Marlow, enables residents to request for charging points to be installed hear their properties. The units are activated via a smartphone browser with the option of pay-as-you-go or subscription-based tariffs, and are managed via a web portal.

Richard Stobart, CEO of Char.gy, explained: “Char.gy is the first UK public lamppost charge point provider to support ad-hoc electric vehicle charging using power from existing lampposts. Our easy-to-install charging units provide a cost-effective EV charging infrastructure for councils using 700,000 lampposts across the capital. As well as being financially advantageous to the councils, our charging service is also reasonably priced for their residents.”

Ben Plowden, TfL’s director of strategy and network development, said: “The framework we’ve created for suppliers will make it easier for boroughs to improve Londoners’ access to electric charging points. This will make London’s transport greener and improve its air quality. These boroughs are at the forefront of electrifying London, and it is by working together that we can clean up the capital’s toxic air.”

Cllr Julian Bell, chair of the London Councils’ transport and environment committee, added: “We each recognise the importance of improving air quality for Londoners and London Councils are leading the way in rolling out electric vehicle infrastructure across London by taking innovative new technology, such as using the power from lighting columns to charge vehicles, and scaling it up to provide safe charging solutions more accessible for Londoners.