A pan-London approach to car clubs could help boroughs make better use of the existing road network while also improving air quality. 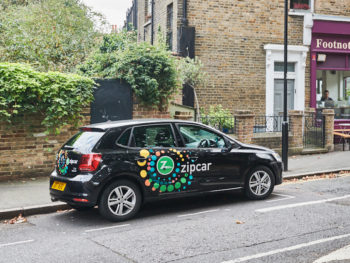 There are currently six car clubs in London, estimated to have more than 400,000 members across the capital

That’s according to London Councils – which represents the capital’s 32 boroughs and the City of London corporation – as it launches a new online resource to support cross-borough collaboration on car clubs policy.

It’s the latest work by London Councils to explore the benefits of car clubs and increase collaboration in this area – work by its Task & Finish Group on Car Clubs has identified ways in which car sharing could contribute in responding to environmental, population growth and congestion challenge, as outlined in a report last September.

There are currently six car clubs in London, estimated to have more than 400,000 members across the capital, and according to London Councils the sector could become a more important mode of sustainable transport in London, in particular in Outer London. Although car clubs tend to operate in the areas of strong public transport access and high levels of active travel, it says private car ownership and potential for mode shift are significantly higher outside the centre of London.

Latest figures from Wandsworth Council support this. The council has been promoting car clubs since 2007 as part of its efforts to reduce traffic congestion, improve air quality and provide residents with a cheap and cost-effective alternative to car ownership.

As a result, car clubs have been such a success in the borough that membership has almost reached 30,000 – meaning one in every seven driving licence holders in the borough is now a member. In fact, it’s believed to have the highest level of car club membership of any local authority in the country. And the near-30,000 car club members share just 313 vehicles between them.

“Car clubs can play an important role in changing behaviour. We’re keen to support car clubs where they help to reduce the total number of vehicles on the road and facilitate use of less-polluting vehicles. However, car clubs don’t work everywhere and need to fit into our overall strategy for greener travel options such as walking, cycling, and public transport.

“Through improving data sharing with each other and closer collaboration, including with TfL and the car club sector, boroughs are developing a coordinated approach that will help achieve this.”

Christina Calderato, Transport for London’s head of transport strategy and planning, added: “Car clubs can provide an alternative to car ownership for occasional and essential car trips. We therefore support car clubs in the capital, which can have benefits when paired with other measures to reduce car dependency.”

The new online resource has been welcomed by the BVRLA, which has long been calling for increased central government work in this area. This includes its report in July 2019 which said the Government must support flexible, pay-as-you-go forms of motoring in order to improve the urban environment and encourage people to walk, cycle and use more public transport. Alongside flexible forms of car use, the organisation has also highlighted how the roll-out of Mobility Credits in Clean Air Zone areas would drive behaviour change and support those hit hardest by the need to upgrade their vehicle.

“We are delighted that London Councils has seized the initiative by dedicating more resources to the sector and driving a more co-ordinated approach. The BVRLA and its members are determined to work with policymakers across London to develop a car club strategy that delivers a long-term, viable business model and more sustainable travel outcomes.”