Transport for London (TfL) is planning to trial an on-demand bus service in Sutton from this spring to help reduce car dependency in the borough. 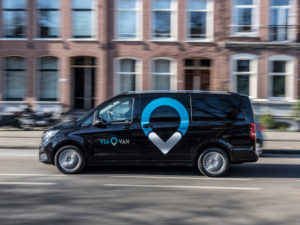 Operated by ViaVan and passenger transport provider Go-Ahead, the minibus service will stop at locations including areas not currently served by public transport and will be able to be booked via app or over the phone. The plan is to run the service from 6.30am to 9.30pm, seven days a week, offering up to 14 passengers a guaranteed seat, free WiFi and USB charging points and flexible stops within a certain area.

A four-week consultation is now open, asking Londoners for their views on the specific area of Sutton that the service should cover and suggested stopping points. The trial, which will last for a year, will help TfL gauge the level of interest for an on-demand service and assess how it would work alongside the existing public transport network in Sutton.

TfL said the cost of using the service will be slightly higher than a traditional bus, with Freedom Passes accepted.

TfL is also exploring the possibility of delivering a second on-demand bus trial to provide further evidence about the initiative’s viability.

Michael Hurwitz, TfL’s director of innovation, said: “We are always looking at how we can harness the latest technological developments in transport to improve the service for our customers. This trial will help us to understand if a demand-responsive service will support the objectives of the Mayor’s Transport Strategy in reducing car dependency and if it can be deployed to support the established bus network.”

The project with TfL marks ViaVan’s seventh scheme in the UK, including its schemes in London and Milton Keynes.