Plans to introduce clean air zones and diesel scrappage schemes to curb pollution in London should be stricter against diesels, the London Assembly Environment Committee has said. 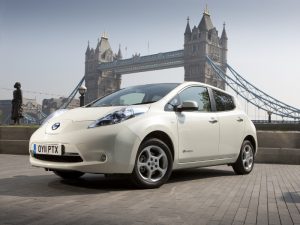 The Committee wants to see Londoners switching from diesels to greener travel, such as walking, cycling or plug-in vehicles.

Following presentations this month from the Greater London Authority (GLA) and other orgnaisations, the Committee has made a number of recommendations to amend Mayor of London Sadiq Khan’s proposals to improve the capital’s air quality.

These include extending the Ultra-Low Emission Zone to a larger area than the North and South Circular roads, and bringing its introduction forward from September 2019 to the beginning of the year, or 2018.

It is also advising that the limit for the T-charge, which will introduce a £10 fee on top of the congestion charge to bring older vehicles into the city, should only include Euro 5 and Euro 6 diesels, instead of encompassing Euro 4 as well.

The Committee added that a proposed diesel scrappage scheme should incentivise a move to walking or cycling, or to switch to plug-in hybrids or fully electric models, instead of to other diesel vehicles which still emit harmful NOx.

Leonie Cooper AM, Chair of the Environment Committee, said: “We welcome the Mayor’s proposals to clean up London’s dirty air and the speed at which his action plan has been introduced. However, the Committee has heard evidence from a range of experts who believe even greater results for Londoners can be achieved within quicker timeframes, with the introduction of further measures.

“For example, the T-charge is due to apply only to pre-Euro 4 standard vehicles – this includes the majority of vehicles from before January 2005. When we compare this measure to other global cities – we know that diesel vehicles this old have been banned completely from inner Berlin since 2010. The T-charge is expected to reduce car-based NOX emissions in central London by just 4%, so increasing the exemption standard to Euro 5 for diesel vehicles could ultimately save many more lives”.