Councils to get funding from VED charges for local roads

Councils could get a share of a multi-billion pound improvement fund for local roads, funded by Vehicle Excise Duty (VED), under new government plans. 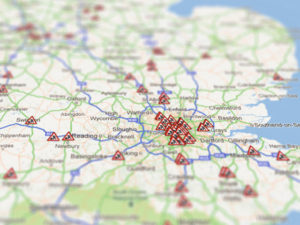 The changes to the funding would enable local authorities to improve or replace the most important A roads under their management.

The new Transport Investment Strategy unveiled by Transport Secretary Chris Grayling would mean that main roads that are currently overseen by local authorities would share the VED-funded National Roads Fund which was previously envisaged to be ring-fenced for national routes.

Planned to go out for consultation, the changes to the funding would enable local authorities to improve or replace the most important A roads under their management, tackling bottlenecks and traffic jams and improving productivity and connectivity.

The proposals for the major road network follow the Rees Jeffreys Road Fund study last year, which highlighted the disparity between the funding and planning of Britain’s motorways — the strategic road network — and local authority A roads.

In response, RAC roads policy spokesman Nicholas Lyes said: “This is good news for motorists across the UK, many of whom will be in the dark about where responsibility lies for the building and maintenance of local A-roads.

“While motorways and major A-roads are benefiting from dedicated funding and have a future funding plan in place through vehicle excise duty receipts, local authorities have struggled to cope with fixing and upgrading those A-roads which come under their control.

“We hope today’s announcement of a Major Road Network will lead to significant investment with a programme of new local road projects tackling some of the country’s worst congestion hot-spots and pinch-points which will benefit business and private motorists alike and act as a stimulus to economic growth.”