Lighting the way: The issues for public sector fleets

Carmakers supplying vehicles to the emergency services market are faced with their fair share of challenges, as Craig Thomas discovers. 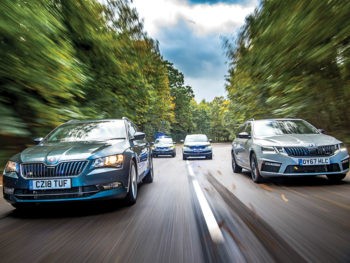 The police, ambulance and fire services account for around 10,000 new vehicles every year in the UK

There are fleet vehicles that we see every day that perhaps we don’t think too much about because, well, they’re so ubiquitous. You can’t miss them: they have blue lights and very loud two-tone sirens.

Emergency service fleets are pretty sizeable, accounting for around 10,000 new vehicles every year, across the police, ambulance and fire services. All these vehicles have to conform to a supply framework issued by the Crown Commercial Service, through which all vehicles are supplied to constabularies, trusts, agencies and authorities. There are seven categories (called lots by the CCS), with two covering blue light vehicles.

The market has undergone major changes in recent years, resulting from constraints on public spending imposed by government austerity policies. One important change has been the introduction of large buying groups for the police, dividing the market in four: a northern consortium, which stretches from the north of Scotland to South Yorkshire, and also include Wales; a southern consortium that covers Nottinghamshire southwards, as far as the Channel Islands; and then two forces that operate their own tender processes, the Police Service of Northern Ireland and the Metropolitan Police, which is the biggest buyer in the blue light market.

As Steven Cowell, technical sales manager for the Volkswagen Group in the UK, says: “The buyer consortium is an example of where the Government has driven down costs. The rationale behind it was, instead of having roughly 52 police authorities individually buying perhaps 50 vehicles, the northern and southern consortia are suddenly buying 3,000 vehicles. They’re able to negotiate and get extra volume discounts for the market. They tend to be a three-year agreement, with an option to extend by a further 12 months at the end of it.

“Certainly the public sector is doing everything it can to try and drive the costs down, but still get the same quality, in terms of product. And budgets are being cut: we have probably seen in the last three years around about a 10% downturn in volume, across the sectors.”

The vehicles themselves are standard cars in most ways, but there are significant differences, to account for the specific requirements of the emergency services.

Andrew Buxton, national operations manager for the government and authorities division of BMW, explained what the company does with its blue light products. “If we take an armed response vehicle, an X5, for example, it will be a de-specified vehicle, so the luxury items are not fitted at the factory – because the taxpayer is paying. The vehicles have all the functionality, the quality and the safety features, but we don’t have, for example, TVs in head restraints or glass sunroofs.

“But we also have a factory-fitted system that adds a second battery and an engine run lock. That might not sound that comprehensive, but when you start thinking through things like intelligent alternators and stop/start systems, that takes quite a high degree of integration by the factory. It all comes back to our logic of how we can make these vehicles sustainable as an emergency vehicle. And the factory-fitted second battery system is properly integrated into the vehicle, so when the engine run lock is used, where they have the engine running at the scene of an incident, powering the cameras, the lights, the police radio, it will still allow the car to be locked: ordinarily the car would remain open.”

Volkswagen’s brands take another approach, as Cowell explains: “We run a one-stop-shop programme where we supply the vehicle with the conversion to the customer, under a single invoice programme. We ask the customer what they want the vehicle to do and then we will work with our converter networks to match what the customer wants with the solutions that we can offer them. We will give them a bespoke package, so that when they take delivery it’s got everything on it that they asked for, rather than a standard off-the-shelf offering that has to be tweaked. It can be anything from a low-level blue light package to a fully equipped rapid response unit vehicle.”

Robustness and reliability are important factors for emergency service vehicles, especially as they take a lot of punishment through their almost-constant use. Cowell says: “Customers work the products hard and, if you consider for a lot of it, that’s somebody’s office for a 12-hour shift. They will come off shift and somebody will have to take it straight back out, so they are working 24/7.”

BMW’s Andrew Buxton adds: “We did quite a bit of research on mileages. It varies around the country, but what we found was an average police car will complete 25,000-30,000 miles per annum. An armed response vehicle can be up to 50,000 miles plus. The highest we found was an X5 that completed 90,000 miles a year. And often they don’t always do big mileages, but they tend to be triple shifted. The seat never gets cold, let alone the engine. That’s quite a bit of hammering, so we get some quite high-mileage cars. But the fleets’ change profiles have changed: it used to be three to four years and 120,000 miles. The average fleet change profile now, we find, is five years and 150,000 miles. That’s as a result of austerity.”

The workload and additional mileages mean that one other difference in manufacturer offerings is the available warranty. Buxton says: “Our upper warranty for this market is five years and 150,000 miles. We calculate what the customer does with it, so we provide a warranty that runs the course of the car’s life.”

Sustainability will be an increasingly important aspect of emergency service vehicles in the coming years, in line with the Government’s recent Road to Zero Strategy – and this is also reflected in the CCS framework, which mentions “making a positive impact on society and the environment”, talks about suppliers having to “reduce or continue to reduce the environmental impact of their operations” and “meeting its obligations to the Greening Government Commitments”.

This will offer challenges to the emergency services, as Cowell suggests: “Obviously they are unsure as to how it would fit in on an operational basis. The whole market is going through that phase of asking what’s out there, where can we put it? Can we try it? How does it work? What roles can it go into? You will probably find things like electric cars will be suitable for a fleet car going around town, but you would have to have a hybrid vehicle for your motorway control work, etc.”

BMW’s Buxton adds: “Low-emission vehicles are a challenge. Take an armed response car that carries ballistic shields, weapons, two or three officers wearing body armour. In an electric vehicle or a hybrid, the battery power is reduced by carrying significant weight. So trying to get the right mix for heavy duty vehicles is going to be a challenge. When it comes to heavy duty vehicles, the solutions aren’t easy, just yet. However, there are solutions coming and we are working towards providing vehicles.”

The emergency service vehicle market in the UK will continue to be financially squeezed – especially if estimates of Brexit-related economic damage come to pass – so manufacturers will not only have the challenge of reduced income, but at the same time they will also need to innovate to make their products more sustainable, which is costly.

That’s a combination that should set off the warning sirens at carmakers’ headquarters.