New eco-driving cash-prize incentives introduced by Lightfoot are helping to increase efficient driving in fleets across the UK, prompting possible expansion plans for the scheme. 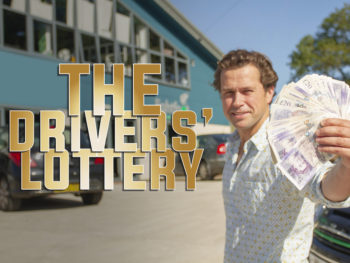 Lightfoot’s founder and CEO, Mark Roberts, says the success of The Drivers’ Lottery proves that cash is king

Introduced this summer, The Drivers’ Lottery cash-prize initiative gives van fleet drivers, company car drivers and grey fleet drivers a one in seven chance of winning anything from £2 to £100 every week.

Since the scheme’s launch last month, Lightfoot says it’s seen a 40% rise in entrants to its full range of competitions and reward schemes. According to the firm, drivers are largely embracing The Drivers’ Lottery because of the relatively high odds of winning a cash prize. One winner wrote into Lightfoot saying: “I never win anything, so this is extra special for me. I am truly amazed and impressed!”

The rise in entrants is also bringing benefits to operators in terms of safer, more efficient driving behaviour.

Free to enter, drivers can opt in to The Drivers’ Lottery as soon as they achieve Lightfoot’s ‘elite driver’ standard, the level at which drivers cut fuel use and emissions by up to 20%, and the risk of accidents by up to 40%.

Lightfoot’s founder and CEO, Mark Roberts, said: “We are ecstatic with the uptake of The Drivers’ Lottery. This endorses our research, which shows that cash is king. Drivers instantly receive their reward via PayPal, so it’s quick, convenient and effective, and it’s encouraging more drivers to be the best they can. That’s good news for fleet managers looking to reduce fuel costs, damage to vehicles and emissions. It’s also great for their drivers as, alongside a range of other prizes including gadgets and vouchers, we’re giving good drivers the reward and recognition that they deserve.”

Lightfoot is also looking to open up The Drivers’ Lottery platform to other technologies, taking data directly from connected vehicles.

Roberts added: “With our technology in place, fleets can reduce vehicle emissions and fuel costs by up to 20%. That’s the equivalent of taking a fifth of fleet vehicles off the road yet with no reduction in fleet capacity. It’s a simple solution to a very complex issue.”