Licence Check has seen further record results in terms of the number of licence checks it has carried out on company drivers – announced as it also reports latest updates to its DAVIS fleet management solution. 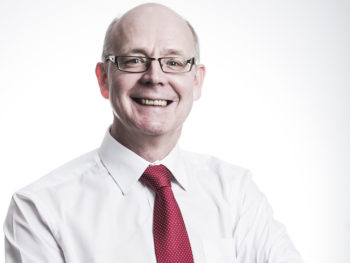 According to Driver Vehicle Licensing Agency (DVLA) figures, the Derby-based company has seen a 79% year-on-year increase in licence checks carried out in the second quarter of the financial year, July-September 2019, versus the same quarter last year.

The results also mark a 43% increase over quarter one (April-June 2019) and follow the announcement of July’s record-breaking figure.

Licence Check general manager Terry Hiles commented: “We are delighted with these results as they clearly demonstrate that innovation has been instrumental in growing the business over the last 18 months, as well as showing the agility, and in-house skills, to adapt our solutions to meet the ever-changing needs of the fleet manager.”

The results come as Licence Check, now part of the Ebbon-Dacs group, announces a series of new releases to bring new functionality to the Fleet File product within DAVIS, including enhanced data look-ups, compliance checks and reporting for company owned or leased vehicles

DAVIS clients are now also able to option a tailor-made driver task, a flexible task-based action where the driver is required to perform a particular action, or response, and confirm they have done so by declaration. For example, there may be a requirement within some organisations to take a pledge, such as a commitment to driving safely, or pledge to reduce environmental impact by car sharing. Due to the bespoke nature of this development, a one-off fee will apply.

The changes come 12 months after Licence Check enhanced DAVIS with the launch of Fleet File, while for the firm also introduced a series of new releases earlier this year, timed to coincide with the Commercial Vehicle Show in April and bringing important new functionality to DAVIS, including accident recording, enhanced licence checking and improved security.