Liberty Charge has appointed Shaun Quirk as COO, bolstering plans to roll out on-street electric vehicle charging points across the UK in partnership with local authorities. 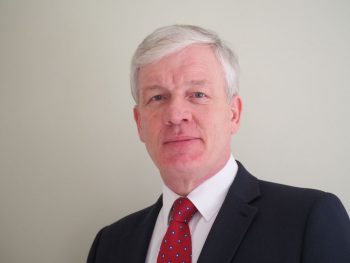 It’s already successfully completed its first UK installation – 20 units in the London borough of Waltham Forest – and several further sites are in the pipeline with a number of local authorities.

Shaun Quirk joins Liberty Charge from SSE where he has spent the last six years in a number of roles, most recently as regional director. His background also takes in the Carillion Telent joint venture enterprise, working with BT Openreach to support the delivery of its super-fast broadband roll-out.

At Liberty Charge, Quirk will work to ensure the smooth expansion of Liberty Charge as it deploys more charging stations around the UK. This will involve working closely and building relationships with charge point operators and key stakeholders in local authorities looking to deploy on street EV chargers.

“This move is a case of the right role, right company and right time,” commented Quirk. “EV as a sector is on the cusp of a major period of growth and central to its successful adoption as a technology will be the role of on-street and public charging. That puts Liberty Charge right at the centre of this movement, which promises to be a huge focus area for the UK economy for years to come.”

Neil Isaacson, CEO, Liberty Charge, commented: “The UK is one of the world’s foremost nations when it comes to addressing climate change and EV adoption is a key element to its strategy. Successfully hitting the UK government’s net zero targets will require companies across every segment of sustainability to be in the best position possible and be able to scale effectively, whilst delivering what our customers demand, that’s why we’ve appointed Shaun.”