The Liberal Democrats have pledged to ban the sale of diesel cars and small vans in the UK, while reforming tax incentives to promote plug-ins, according to their 2017 manifesto. 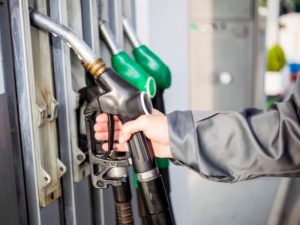 The manifesto pledges to ban diesel car and van sales by the end of 2025, with tax reform to support EV uptake.

Revealed as part of the party’s environmental plans, the manifesto outlines a ‘Green Transport Act’ and ‘Air Quality Plan’ aimed at curbing premature deaths from exhaust fumes – an issue it says the government has failed to address adequately.

This proposes banning diesel cars and small vans by 2025, with a scrappage scheme for older vehicles and tax reforms to encourage uptake of ‘electric and low emission’ models. Diesel passenger cars accounted for 438,328 units in the UK in the first four months of 2017, SMMT figures reveal, or 44.1% of the total UK new car market.

The manifesto also pledges a five-year deadline for all private hire vehicles and buses operating in urban areas to be ultra-low emission or electric vehicles, and extension of ‘Ultra-Low Emission Zones to ten more towns and cities.

“Air pollution in the UK is a killer,” the document said. “It contributes to 40,000 premature deaths a year and costs the NHS £15 billion. This year, London exceeded its annual air pollution target in just five days. The government has failed time and again to comply with EU limits on pollution.”