Lex Autolease has announced its suppliers of the year at its annual awards. 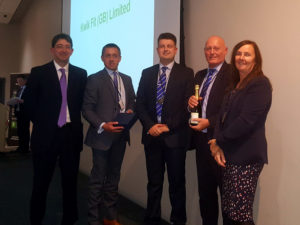 Held during the leasing giant’s supplier conference to update the supply chain on current business performance and future strategy, this year’s awards saw Kwik Fit named Fleet Service Provider of the Year while Lloyd Motor Group took the title of Purchasing and SMR Dealer Group of the Year (0-40 Dealerships) and Listers Group was recognised in the over 40 dealerships category.

Lex also named Tevo Limited as its Specialist Conversion Company of the Year and LSH Auto UK Limited was named SMR Dealer Group of the Year.

Andy Hartley, commercial director at Lex Autolease, said: “Congratulations to all of this year’s winners. As we have continued to grow the fleet our supplier network has been key in helping us to deliver for our customers and keep them on the road. I would like to thank all of our suppliers for the valuable role they continue to play for us.”