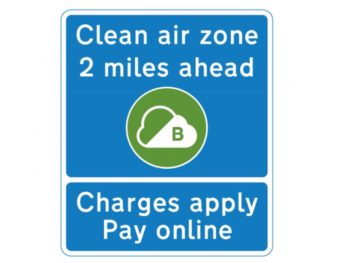 The ‘Class B’ Clean Air Zone was due to start in January 2020 but was delayed due to the late arrival of the Government’s online vehicle checker service, which has now gone live and enables drivers to check whether they will be affected by Clean Air Zones in the UK.

Businesses and drivers in Leeds are already being supported with the transition to compliant vehicles; more than £5.4m in financial support has so far been awarded to help local businesses switch to cleaner vehicles and an additional £3.1m has been provisionally approved.

Leeds City Council said the compliance requirements have already seen emissions fall as vehicle operators prepare for the zone’s introduction by switching to cleaner vehicles. This includes on the A660, which had been a problem area but where the annual trend for air pollution has now fallen well below legal limits as a result of the introduction of lower-emission bus services.

The council is already switching its own fleet over to electric vehicles and has some 266 already in operation.

Cllr James Lewis, Executive Member with responsibility for air quality, said: “Having been forced to delay the introduction of the zone last year due to delays to government systems, I am delighted that we are now able to confirm a go-live date for the Leeds Clean Air Charging Zone giving affected businesses clarity to help them prepare for the zone’s introduction.

“We’re already seeing improvements to our city’s air quality thanks to the thousands of drivers that have already switched to less-polluting vehicles. As more businesses switch to cleaner vehicles to avoid charges we will no doubt continue to deliver even more improvements.

“With six months before the zone takes effect, it is now time for businesses to prepare. I would strongly encourage those who may be affected to check their vehicle and find out more about the financial support and exemptions available by visiting our website.”

More information about the Clean Air Charging Zone can be found here.