Leeds City Council has confirmed it’s looking to delay the launch of its Clean Air Zone until further notice as part of a package of measures to address economic uncertainty from the coronavirus pandemic. 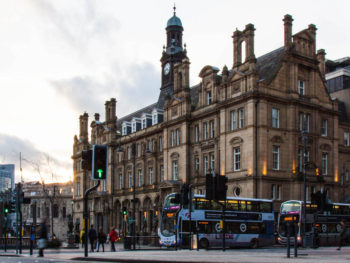 However, as with Birmingham’s Clean Air Zone and Oxford’s Zero Emission Zone, Leeds has asked the Government to delay the implementation of the scheme.

The ‘Class B’ Clean Air Zone had already been delayed. It was due to start in January 2020 but was held back due to the late arrival of the Government’s online vehicle checker service. Since then, the checker service has now gone live, while the council’s financial support measures for affected local businesses has seen more than £5.4m awarded to help them switch to cleaner vehicles and an additional £3.1m has been provisionally approved.

Leeds City Council confirmed its request to the Government to defer the Clean Air Zone in a joint statement to the self-employed community from Councillor Judith Blake and chief executive Tom Riordan, which said they were aware of how many self-employed people had been faced with delayed projects and cancelled work and were incredibly worried about supporting themselves and their families during the coronavirus crisis.

It added: “We have also asked the Government for permission to delay the implementation of the Clean Air Charging Zone until further notice and we have suspended repayments for taxi and private hire owners who have received an interest-free loan. We are still accepting and continuing to pay grant payments for those vehicle owners switching to cleaner vehicles.”

As well as highlighting the Government’s new self-employed income support scheme, the council said it was working hard to further ease the financial difficulties for self-employed people where possible, including automatically extending all taxi and private hire driver, vehicle and operator licences that are due to expire before the end of June, with a view to extending this further if needed.

The council also directed businesses to various websites and helplines, including: