LCV tax reforms could include NOx and CO2

The Government is set to announce a new tax system for light commercial vehicles during the next Budget, potentially including NOx and CO2 emissions for the first time. 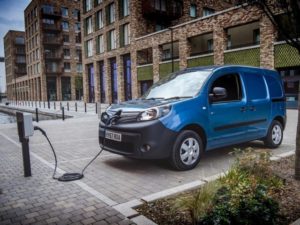 The new rates would incorporate CO2 for the first time.

Stakeholders including manufacturers, fleets and drivers are being asked to participate in a consultation, launched this week, which will examine different ways that Vehicle Excised Duty, as well as the Van Benefit Charge and the Van Fuel Benefit Charge, can be reformed to encourage the use of greener light commercial vehicles.

The changes will affect N1 Light Goods Vehicles, which HM Treasury said had seen “no advance” in tax structure since 2001. Most LCVs have a £250 annual rate, regardless of fuel type or CO2 emissions, and take-up of ultra-low emission models has been low. There were 1,280 zero-emission vans (0g/km CO2) registered in 2016/17, representing 0.3% of the market.

As manufacturers have had to declare CO2 emissions since 2014, the proposal is to introduce a new set of bands based on vehicle emissions instead. This will mean zero-emission CVs could become VED-exempt, with a sliding scale thereafter. HM Treasury said a sliding CO2-based scale could also be applied to the Van Benefit Charge and Van Fuel Benefit Charge.

The consultation is also seeking views as to whether NOx emissions, which are now assessed as part of the Real Driving Emissions standard, could also be included, but added that it thought this was not appropriate at the moment. RDE has been part of the diesel passenger car tax system since April, following changes announced during last year’s Budget.

In response, BVRLA chief executive Gerry Keaney said the emphasis should be on NOx rather than focusing on CO2, which it said would penalise van drivers and employers for using an ‘essential business tool’ and would encourage people to use a smaller engine and load capacity, which they then either overload or make extra journeys with.

He added: “We would recommend that the Government uses the tax regime to incentivise people based on air quality performance, so that people are rewarded for operating a Euro 6 van and penalised for driving an older, pre Euro 5 van.”

Replies are invited until the 20 July cut-off date, with final decisions and a timetable set to be announced during the 2018 Autumn Budget.

Previous: Today in Fleet – Tuesday 15 May
Next: Volvo to phase out diesel from 2019