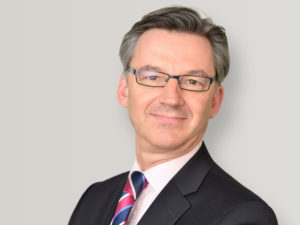 The figures from the Society of Motor Manufacturers and Traders (SMMT) show production last month dropped to 108,239 units as ongoing weakness in major EU and Asian markets coupled with some key model changes affected performance.

Exports declined 14.6% in July but still accounted for eight in every 10 cars built. In contrast, production for the domestic market actually rose by 10.2%, or just under 2,000 units, but this was compared to a steep 35.1% fall in July last year, when multiple factors, including preparation for WLTP, affected output.

For the year to date, production declined 18.9% to 774,760 cars – down by 180,864 units compared to the same timeframe last year. The fall was mainly due to a drop in exports – which account for the bulk of UK production and were down 20.2% for the first seven months of the year, while production for the UK fell 13.5% over the same period.

Mike Hawes, SMMT chief executive, said: “Another month of decline for UK car manufacturing is a serious concern. The sector is overwhelmingly reliant on exports and the global headwinds are strong, with escalating trade tensions, softening demand and significant technological change. With the UK market also weak, the importance of maintaining the UK’s global competitiveness has never been more important so we need a Brexit deal – and quickly – to unlock investment and safeguard the long-term future of a sector which has recently been such an international success story.”

Previous: Drivers urged to slow down as number of ‘hit wild animal’ claims rises
Next: Toyota and Suzuki to take stakes in each other to further alliance