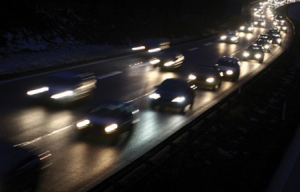 Road casualty figures published today (29 June) give a clear indication the Scottish Government is on track to meet its 2020 casualty reduction targets.

The provisional headline figures published by Transport Scotland show that 162 people were killed in reported road accidents in Scotland in 2015, 41 fewer than in 2014.

The 2015 provisional figures also show the Scottish Government is exceeding on three of the four principal casualty reduction targets – namely fatalities, child fatalities and child serious injuries. In relation to the number of children killed, the Framework reduction target for 2020 has already been exceeded.

On the fourth target, reducing the number of people seriously injured, figures show a continued downward reduction of 39% against the baseline; marginally above the 2015 milestone but still a significant step towards the 2020 target of a 55% reduction.

There is a further target to reduce slight injuries by 10% by 2020, a 38% reduction since the baseline.

Transport Minister Humza Yousaf said: “This progress is to be welcomed but we must not and will not become complacent. We still have work to do, which is why my predecessor Derek Mackay requested a mid-term Review of the Framework be undertaken last June. The review built on the strong partnership approach set out in the Framework which saw a broad range of road safety stakeholders assess the progress made since 2009 and identified three key priority focus areas for activity through to 2020.

“In identifying, speed, age and vulnerable road users as focus areas, partners agreed addressing outcomes in these areas would assist the most in delivering against the 2020 casualty reduction targets. In particular, with certain road users such as cyclists, where there has been a big increase in people cycling, fatalities are down from 2014 but continued effort is needed to tackle serious injuries.”